PHP language brought some problems for the developers in the past. It`s poor syntax made develop choose the other languages or frameworks. For example, the Ruby on Rails, Python or Django frameworks are more popular at the moment,  because of their higher level of strictness. Now PHP is coming back to the top of popularity. So many developers are searching something good and new in this language, such as Laravel framework.

PHP Frameworks today: What Is The Best Match?

Nowadays web developers have so much tools to choose when selecting frameworks. They can choose anything to fit their needs. Symfony became the foundation for more specific and solid PHP frameworks. It is a fundament for the latest version of

Laravel works with PHP version 5.4 and above. Modern frameworks  must be flexible and adaptable to the new features that are appearing daily. Actually the flexibility made Laravel to the first place among its competitors.

Other frameworks such as Yii(version 1 and 2), CakePHP, and Slim also have their place in the market.However, Laravel is the leader in popularity among  PHP developers in 2015-18 years.

Laravel is very easy to use, speciaaly when compare with its analogues. And it can be used to do anything in Web. And actually its sutabulity made it be used to the different range of the websites. 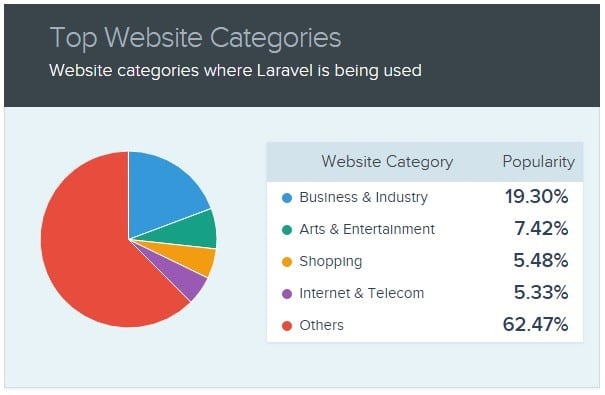 The Laravel is also rapid. So the compiling is less time-consuming than in other framewroks. Its uniformity in the code process is the next argument for using Laravel. It makes the process of building the website much more simplier. It also helps to reuse code thanks to it bundled modularity. This framework is simple and intuitive and can save a lot of time for the developer.

The next advange is that the sites made by Laravel have no risk to be outdated. The explanation is not technical, but just shows the demand on the market. The reason is simple:  a popular framework is always likely to enjoy longer support and market presence.

The last thing thet is required to mention here is the documentation. It is very detailed and easy to use, so any beginner developer can study Laravel, and it is great!

Surely, Laralel has its disadvantages. Let’s look at them. 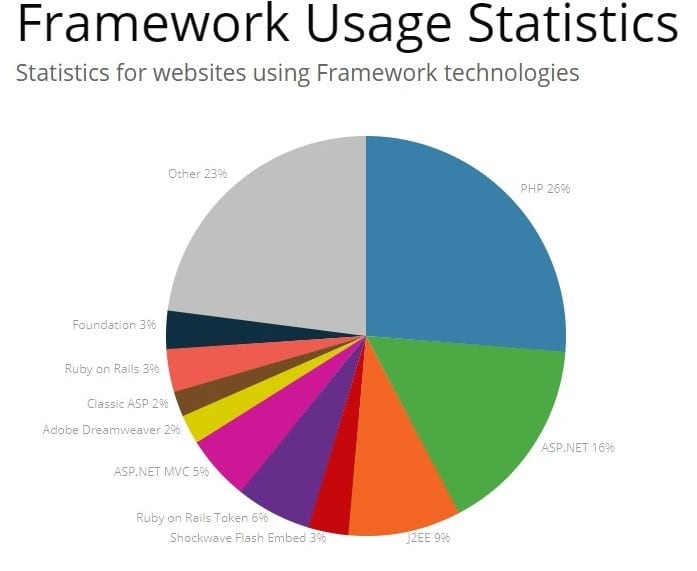 The very first of the downsides is the fact that it may really call some problems when is deploying or being put on hosting. However this is not a major problem, but sometimes it occurs and make the developers unhappy.

The next issue it that Laravel makes a bit bigger number of DB queries as usuall.So that can mekt the performance worse and slower.

The important disadvantage for e-commerce developing is that Laravel is not supporting any of the payments features in its core. It only provides some libraries for easy integration of payment gateway.

Also a big downside that the Laravel sometimes has too poor functionality for the mobile apps, as the servers responds longer then on the traditional website.

So as you have seen above, Laravel has surely more pros than cons. It is the most popular PHP framework for today and it really has a reason! So feel free to choose it in any of you projects, but keep in mind: the chosen framework cannot guarantee full success - it is only the tool to help. Obviously, frameworks and tools matter, but the code and hard work matter more.